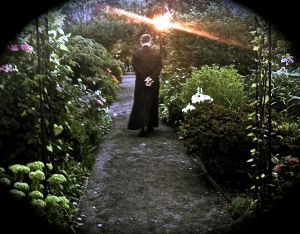 Which is easier, to say to the paralytic, “Your sins are forgiven”, or to say, “Stand up and take your mat and walk”? (Mark 2:1-12) The ability to act in faith first begins with our willingness to believe. One of the most devastating burdens of sin is living with the knowledge of having done something or having something done to us that can’t physically be undone. Forgiveness starts us on the path of letting go and taking the next step forward. In another encounter with a lame man waiting at a pool of water to be healed (John 5:1-15) Jesus gives no instruction as to where he should go. However to the paralytic in this story he specifically instructs him to go home. Home isn’t necessarily a place where one lives it is also a place where something originates, a place where one feels safe or a place considered to be one’s own ground. For the believer, one’s home is with Christ. This becomes very significant because particularly when things are difficult, it is God who is always ready and willing to forgives us first. Thus to make the decision to go “home” leads us back on the path to which we were called from the beginning.

For I know the plans I have for you,” declares the Lord, “plans to prosper you and not to harm you, plans to give you hope and a future.” Jeremiah 29:11